Tell us more about your company

Stantec is a 23,000 person multidisciplinary AEC firm with 400 offices worldwide. We’re designers, engineers, scientists, and project managers, innovating together at the intersection of community, creativity, and client relationships. Balancing these priorities results in projects that advance the quality of life in communities across the globe.

Why did you want to switch to digital forms?

To become more efficient, minimize waste, and show increased value to our staff and clients.

How do you use Kizeo Forms in your company? 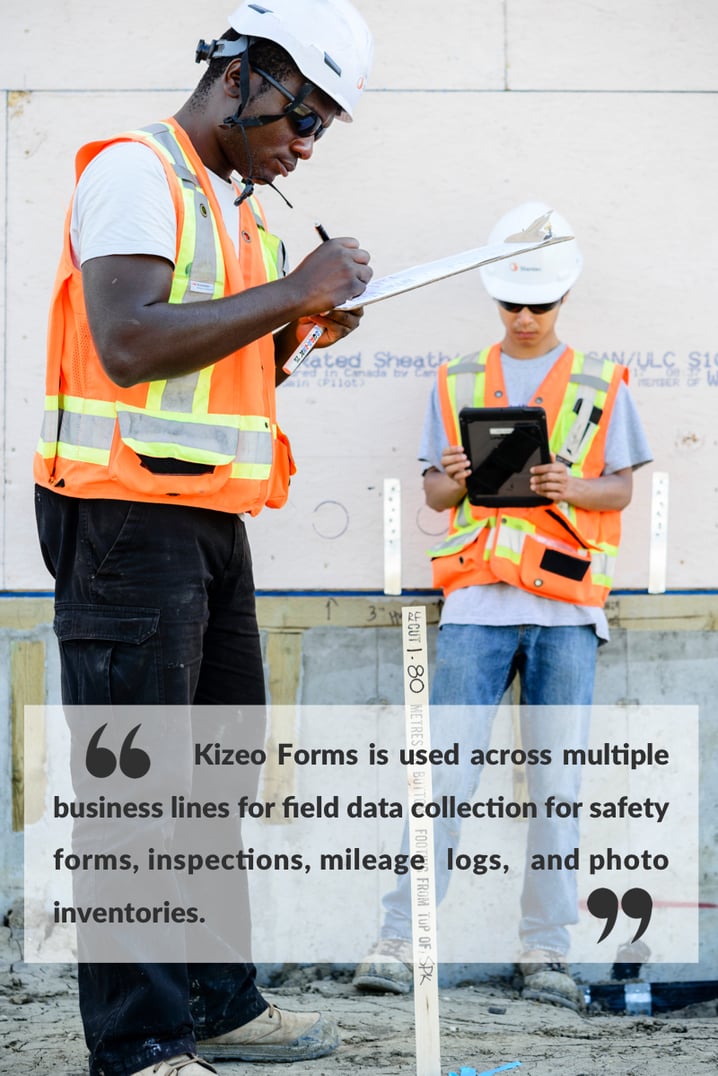 How does Kizeo Forms make your job easier?

Kizeo allows us to create multiple forms for specific users to meet their data needs. We don't need multiple or custom applications to do this anymore, and Kizeo Forms gives us more flexibility than a static PDF form does.

What is your opinion on the following topics?

What changes did you notice with Kizeo Forms?

There have been a lot of changes this past year, with the most critical to us being the stability of it. We can do larger forms with more data now, and haven't had issues like in the past.

The ability to preserve the geotag info directly in the EXIF of the images.

Having the ability to link forms. This would be great since for a project, we may have a safety form as well as an inspection form, but they have some common data that would be entered in both (ie. Project name, number, etc.). Instead of entering it again, have the ability to create a "Form within a form". This was we could create the inspection form, but then also create the safety form as well and not have to reenter data.

The Kizeo Team « Thank you for those suggestions Kevin! We truly appreciate to have honest feedbacks from both field users and admin. It helps us improving continuously Kizeo Forms.»

Which feature or element do you like the most?

I like the Table functionality the best. We used this a lot, and is a great feature to allow for the multiple lines of data entry.


Thank you very much Kevin for your honest feedbacks!