Since November 2016, ten students of the Lyon-based ESD School (post-graduate school specialized in Digital) have been working on a large-scale project with Vinci Autoroutes. The company, subsidiary of the French global company Vinci, is specialized in highway networks and has more than 6500 employees. The goal for the ESD students during this five-month project was to work on digitizing Vinci's processes using the Kizeo Form App. 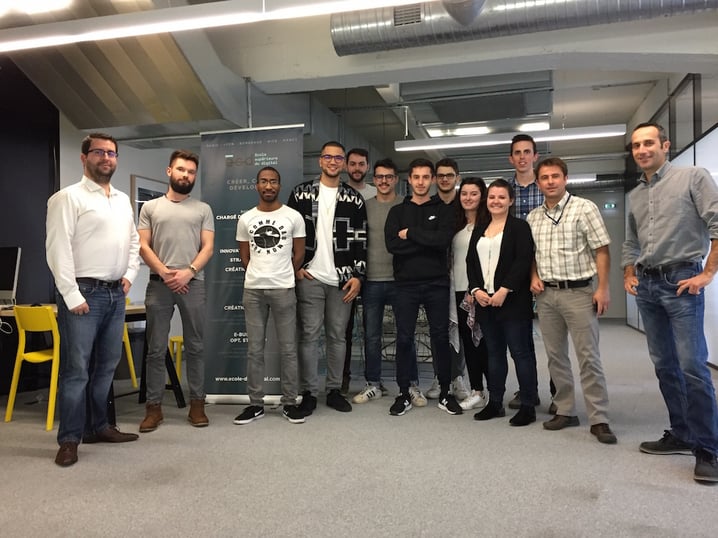 In order to move from paper-based processes to digital, the students worked on multiple forms created and tested through Kizeo Forms.

They put to good use a lot of advanced features such as external lists with filtres, the push option, the pre-filled form, NFC tags and the creation of customized forms based on Vinci corporate identity guidelines.

The students working on this project particularly appreciated the wide possibilities offered by our Web Service. Indeed, it made possible the integration of the data into Vinci internal Information System. For instance, the company can now retrieve this data directly in his own system, update automatically its external lists, its users list or generate pre-filled data.

This project was a double challenge for Vinci

For the French company, working in collaboration with the ESD School has two goals:

Now that the project is done, Vinci Autoroute can store all this information by declaring every incident occurred in a highway. They can indeed collect different type of data right there on the field, in real time, from one unique mobile device. The features used in those forms include weather conditions, geolocation, trafic status, timeline of the incident, etc.

The next step for Vinci

The next step to follow will be integrating Kizeo Forms into Vinci's internal IT system in order to automize a lot of reports made through these forms. That is something Kizeo Web Service will be working on.

« Kizeo Forms is a Digital tool that turns out to be very flexible and provides all the features needed to build any kind of forms. What we call the « low code » totally makes sense with Kizeo Forms. The different options to set and share e-mails suit perfectly our final users.

Kizeo Forms is a solution that answers perfectly our company expectations and allows everyone in his own field and position to contribute to digitizing our activity. »